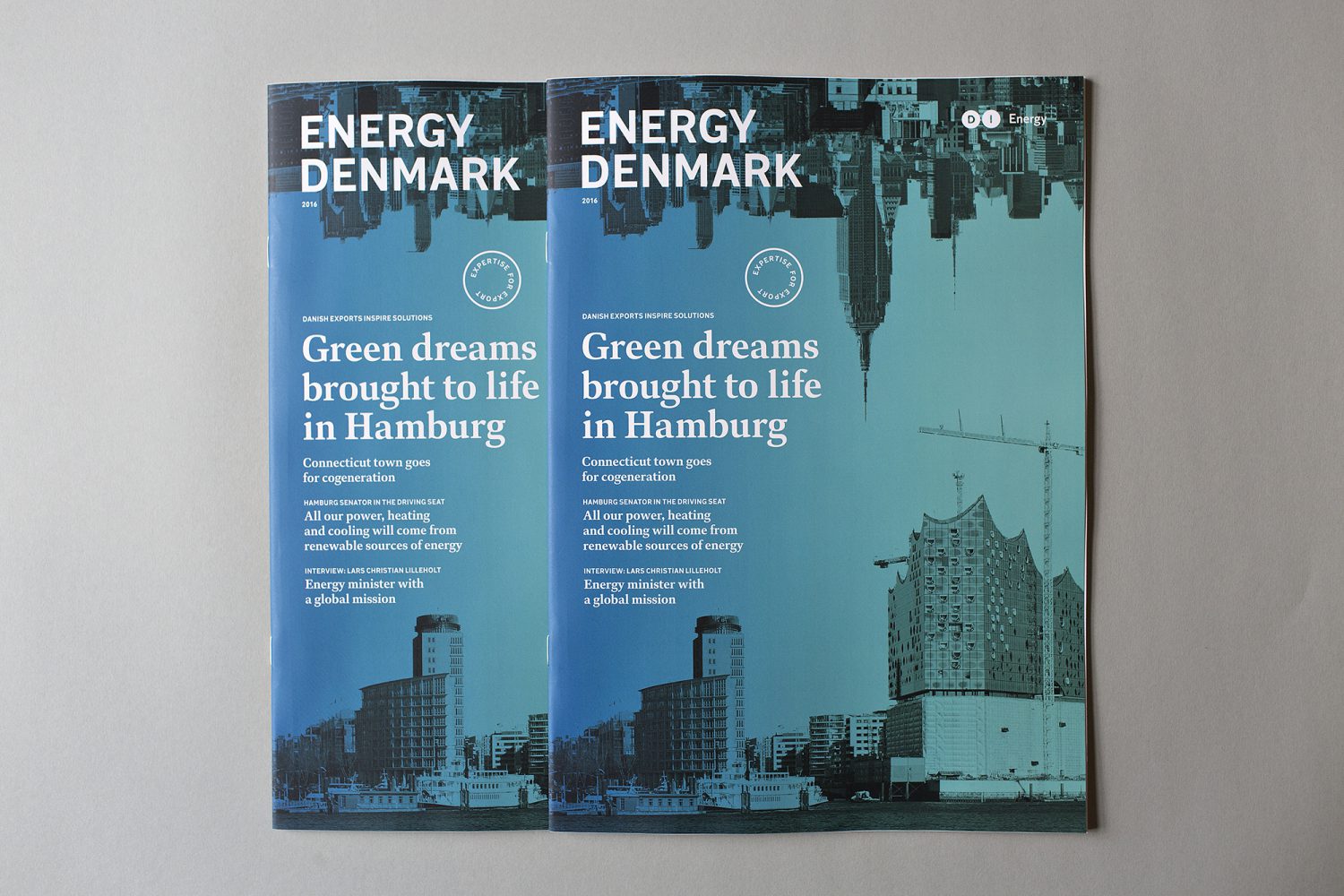 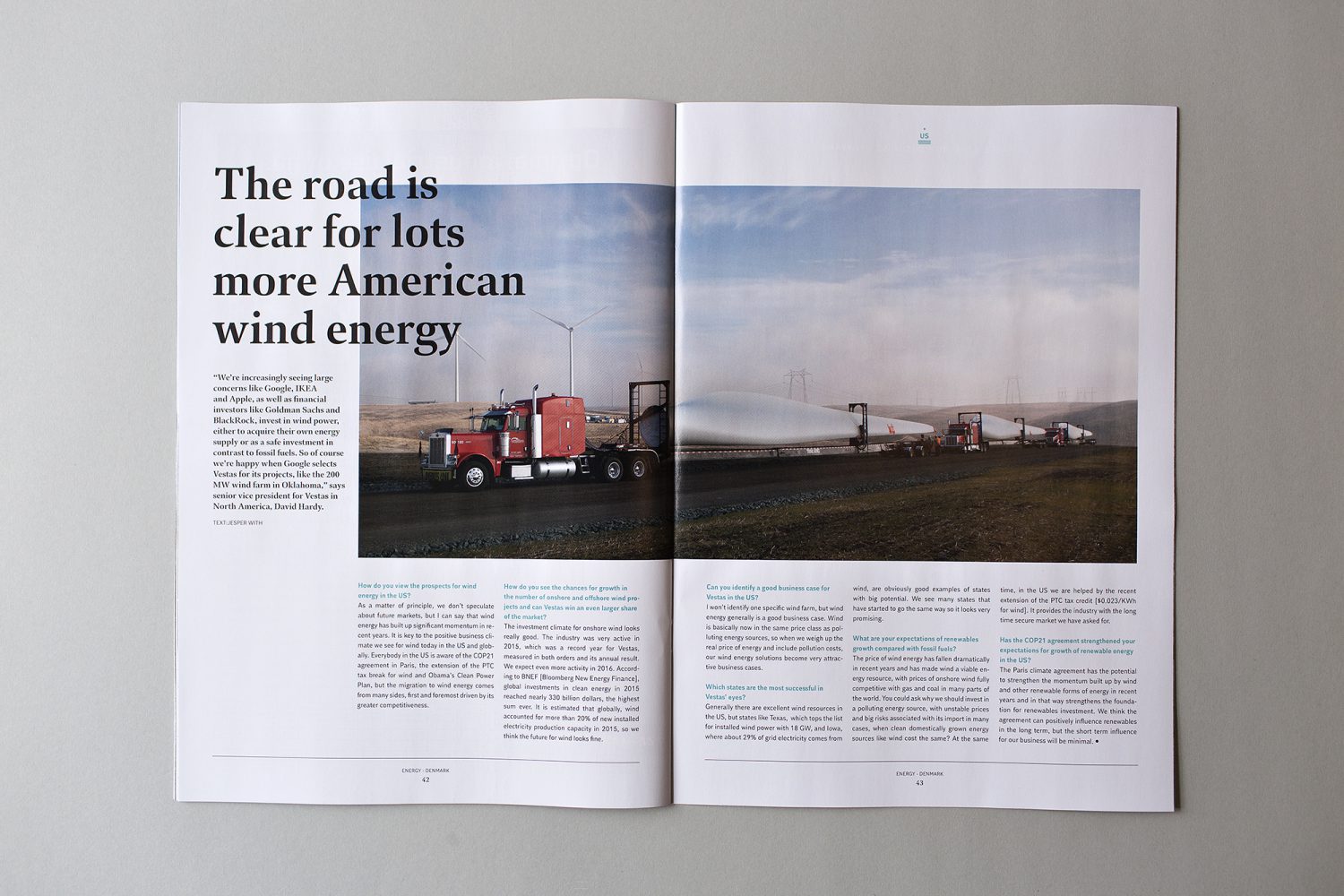 This newly launched high-end magazine, which was produced in English and Danish, was published in connection with DI Energy’s 11th anniversary on 28th April 2016.

With this year’s Annual Magazine DI Energy found it essential to highlight the energy industry’s overall value for the Danish economy, its exports, and its growth opportunities. The energy sector is an important branch of Danish industry and this high-end magazine explores current challenges for the energy industry, making sure the sector’s voice is heard in public debate and by key decision makers. This edition of the magazine turns a spotlight on the new reality beyond Denmark’s borders, where energy political agendas are under transformation, taking you on a journey with stops in Germany and the United States. It also provides you with insight into the challenges faced at home on the energy political scene in Denmark.

The message of the Annual Magazine was directed towards management and specialists in the Danish and foreign energy industry. Furthermore political decision makers and opinion formers as well as foreign investors and companies with an interest in Danish energy solutions, systems and efficient forms of collaboration.

Would you like to advertise in FORESIGHT? Read more here