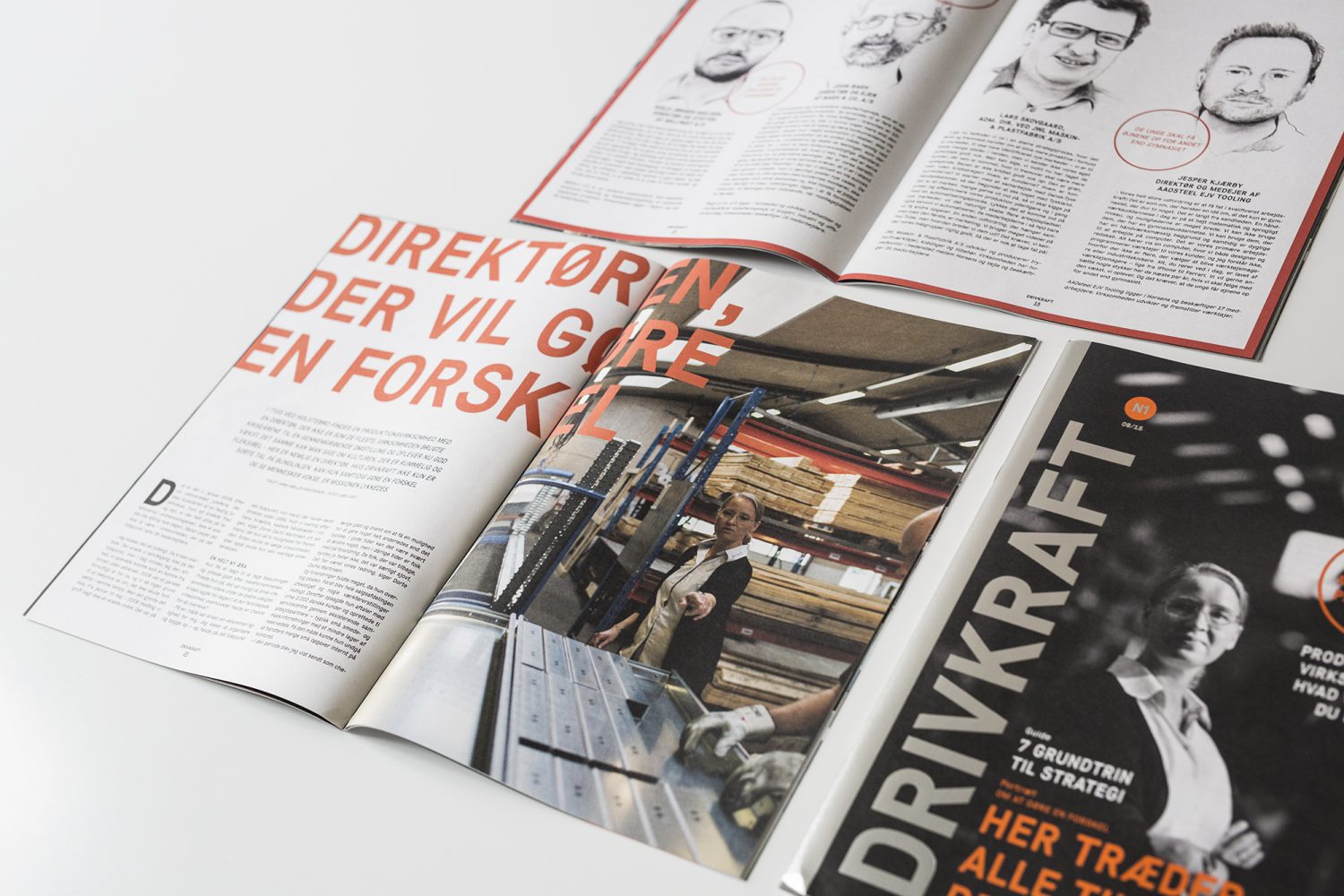 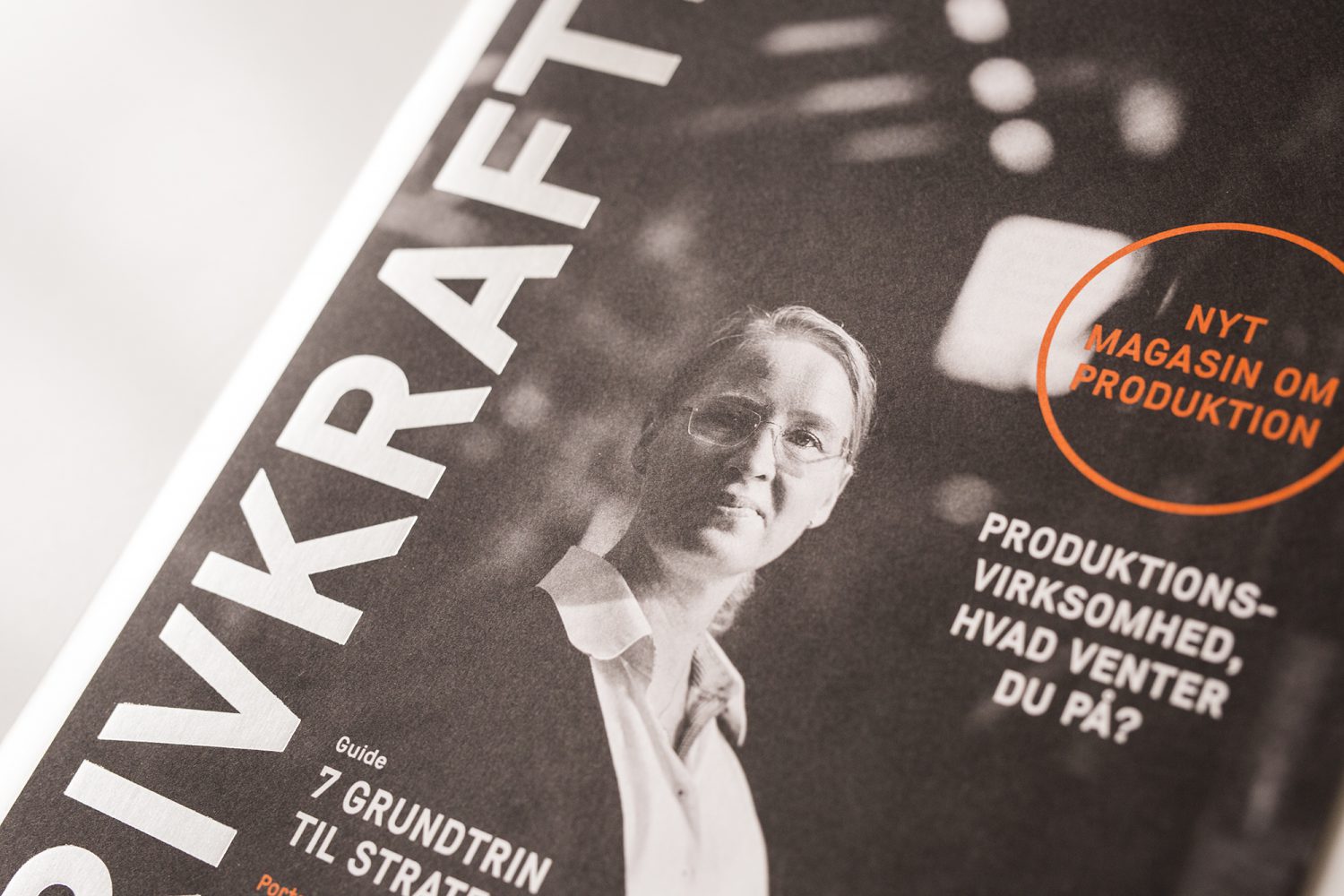 With the launch of the magazine DRIVKRAFT (“DRIVING FORCE”), Danish Production Universe wanted to put the spotlight on Denmark as a country of manufacturing, and on the massive challenges faced by small and medium-sized manufacturing companies: Financing for increased automation and resource efficiency, focus on improving company governance and management, as well as acquiring the right skills needed to boost competitiveness.

DRIVKRAFT also looked to illustrate the problems associated with an increasingly global and open market, where price, quality and speed are the deciding factors for the customer’s choice of supplier.

DRIVKRAFT 1 was released in September 2015. The magazine’s message was primarily aimed at small and medium-sized enterprises operating and manufacturing in Denmark.

The magazine’s message was communicated in a 32-page magazine in high quality paper. With a circulation of approximately 7000 came, the magazine was distributed to its target audience via direct mail distribution, including to  directors in the SME segment, municipalities, researchers and participants in Scandinavia’s hi Technology and Industry Expo 2015 in Herning.