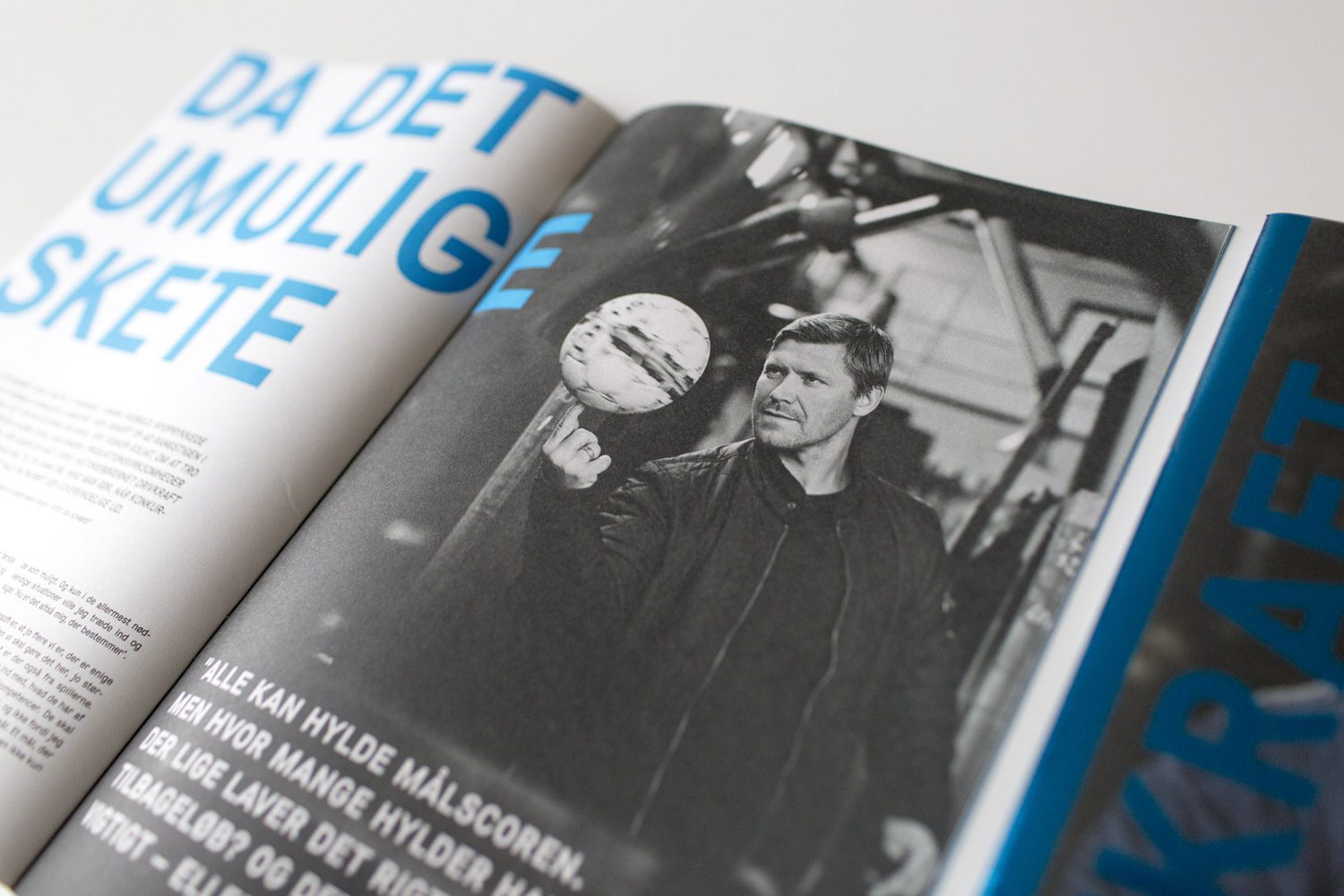 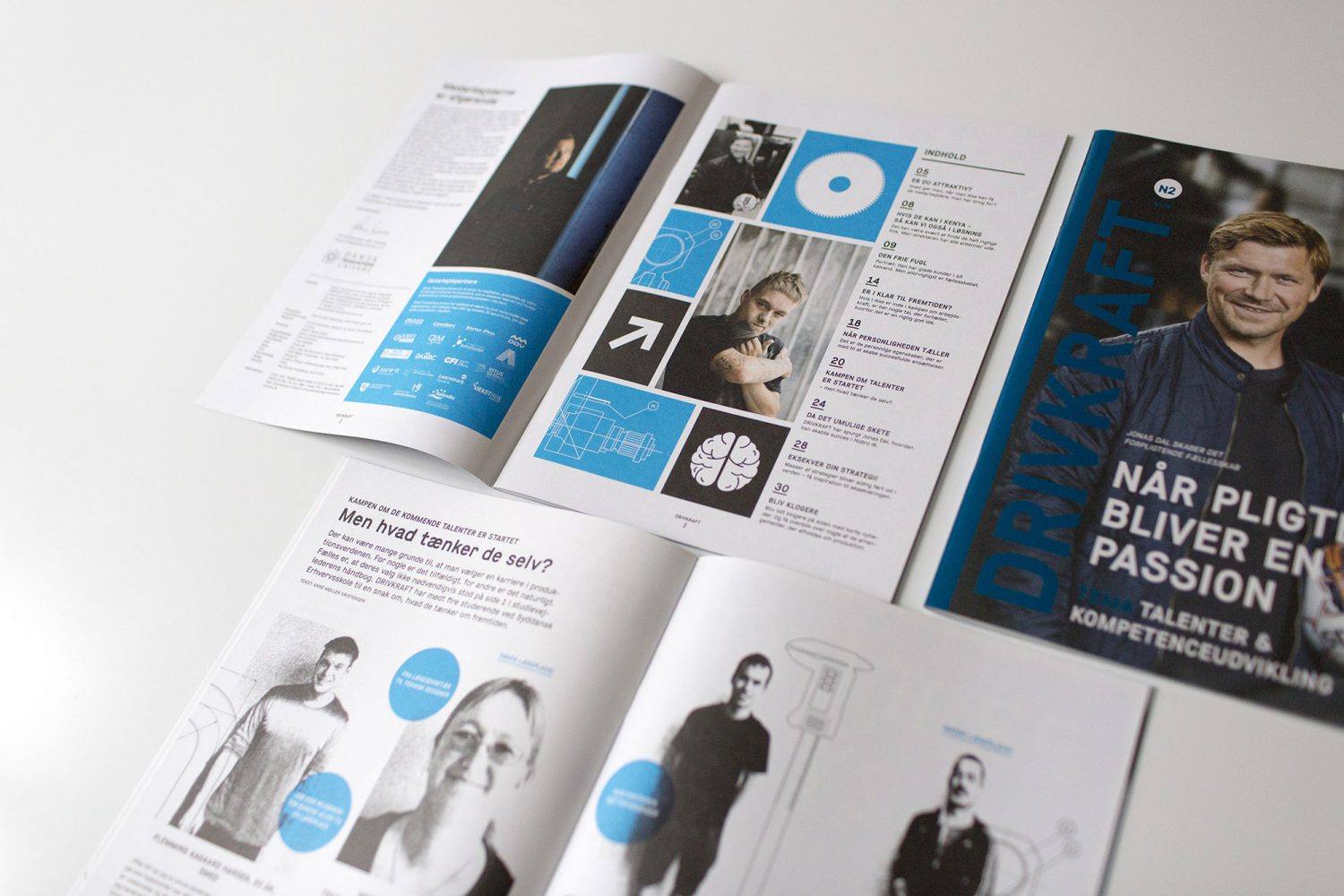 With the second edition of the magazine DRIVKRAFT, Dansk Produktions Univers wanted to shine the spotlight on talents, skills and staff shortages. Future competitiveness depends more than ever on the right skills and the right people. Both are essential for growth.

DRIVKRAFT also wanted to focus on the problem of staff shortages, which means that production companies now need to learn the art of marketing themselves as attractive and exciting places to work.

DRIVKRAFT 2 was released in October 2015. The magazine’s messages are aimed primarily at small and medium sized enterprises, operating and developing production in Denmark.

The magazine’s messages were communicated in a 32-page magazine on high quality paper. With a circulation of around 7,000, the magazine reached its target audience via direct mail distribution spread over e.g. directors in the SME sector, municipalities, researchers, politicians and DPU’s partner organisations.