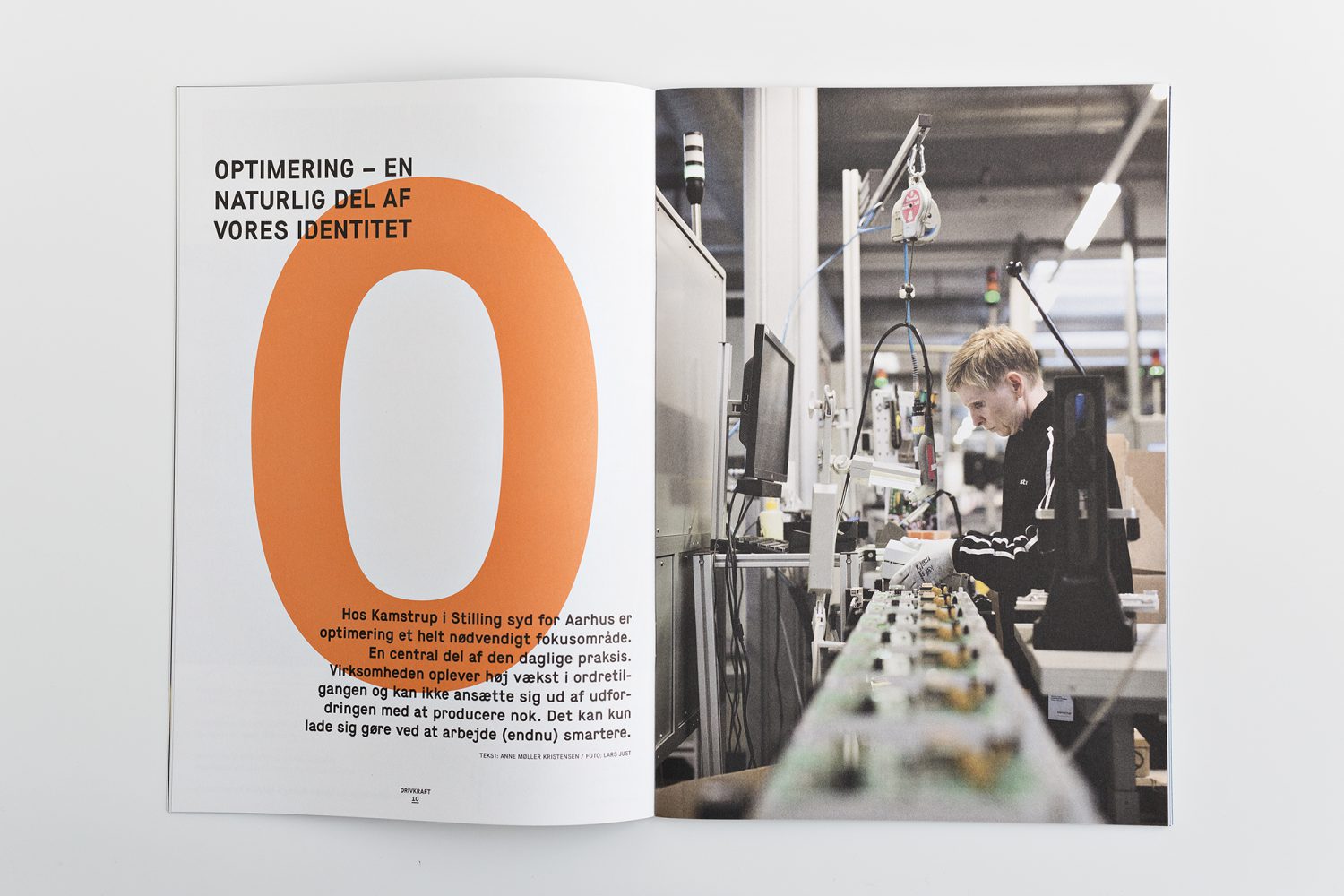 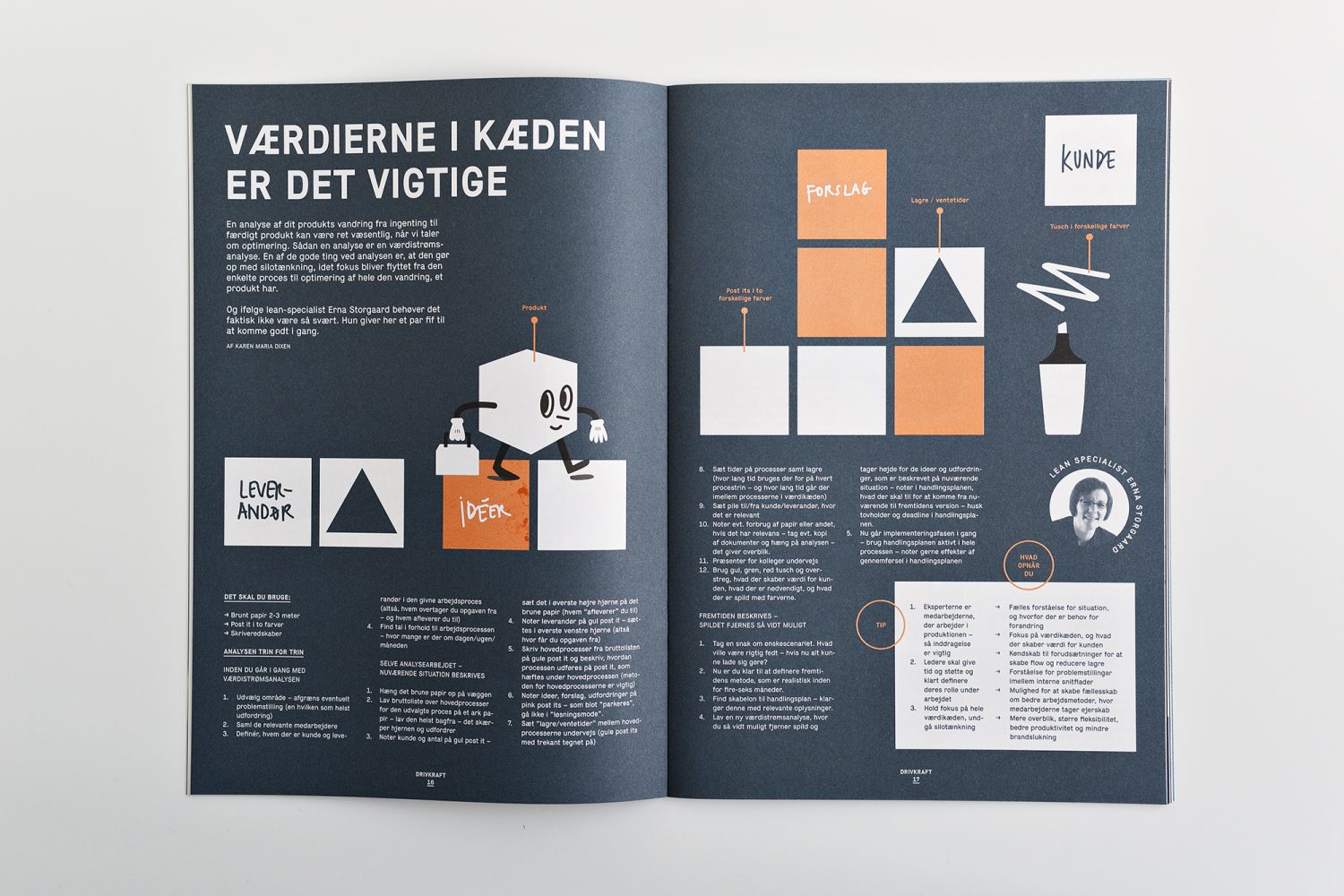 With the fourth edition of the magazine DRIVKRAFT, Dansk Produktions Univers wanted to focus methodically on optimisation. Under the theme “Optimise production” there was strong emphasis on the scenarios – better competitiveness, better bottom line, increased growth and the opportunity to create more jobs.

DRIVKRAFT 4 was released in December 2015. The magazine’s messages are aimed primarily at small and medium sized enterprises, operating and developing production in Denmark.

The magazine’s messages were communicated in a 40-page magazine on high quality paper. With a circulation of around 7,000, the magazine reached its target audience via direct mail distribution spread over e.g. directors in the SME sector, municipalities, researchers, politicians and DPU’s partner organisations.