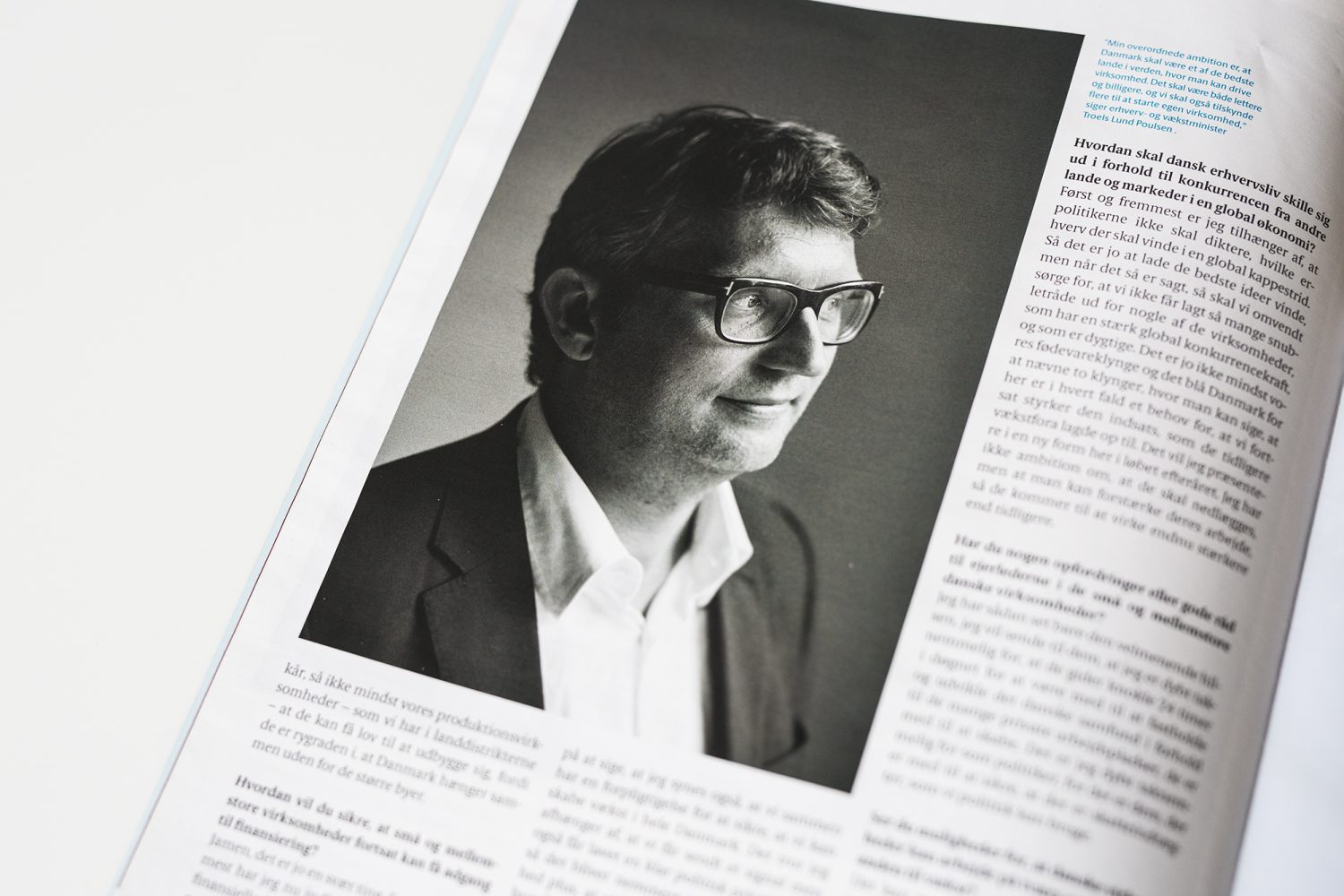 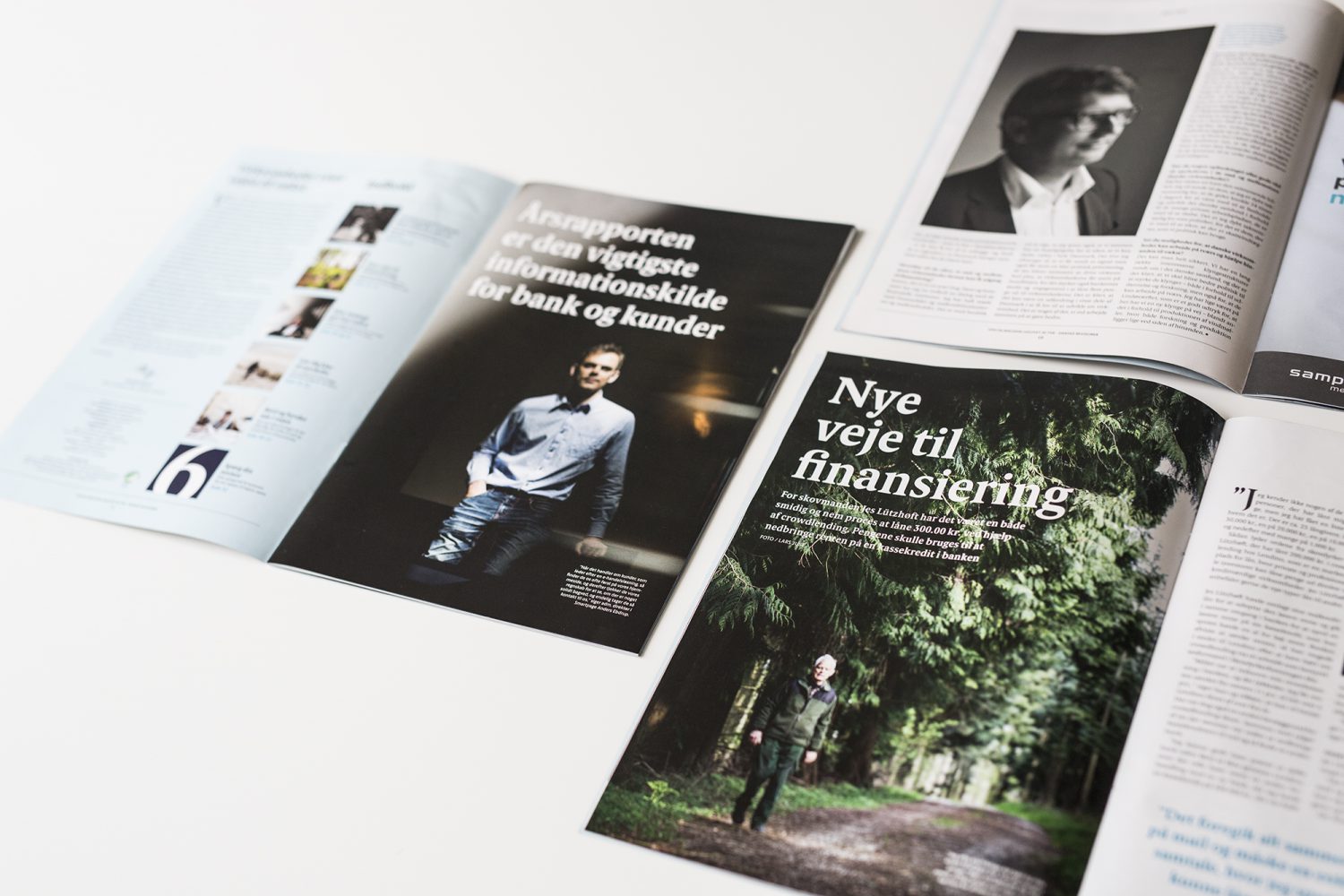 The special magazine from FSR – Danish Auditors was released to mark Auditor Day 2015, which was held on 14th September at the National Museum in Copenhagen.

With the title “Companies show the way to growth” and five actual stories of small and medium-sized enterprises, FSR – Danish Auditors was looking to inspire owner-managers –the  auditors’ customers – to look for growth through new forms of financing, strategic thinking and well-planned changes of ownership.

The message of the special magazine was therefore aimed at auditors and auditors’ customers with a special focus on SMEs. To this list could be added the financial sector, financial statement users, as well as politicians and public authorities.

The message of the special magazine was communicated in a nationally distributed 36-page special issue in high quality paper – both in terms of the content and the thick magazine cover (including Matt UV varnish). Emphasis was placed on using professional resources in the editorial and visual expression. With a nationwide print run of 45,000 copies there was room to reach the target audience via direct mail and package delivery, the Annual Meeting – Auditor Day 2015, decision-makers in the SME segment, all members of FSR – Danish Auditors, as well as Copenhagen Airport and many others.

”We wanted the magazine "The Way to Growth" to reach outto the many companies that use an auditor as a sparring partner. Here First Purple supplied effective distribution and a professional product of high and reliable quality. Exactly what businesses expect from an auditor. ”