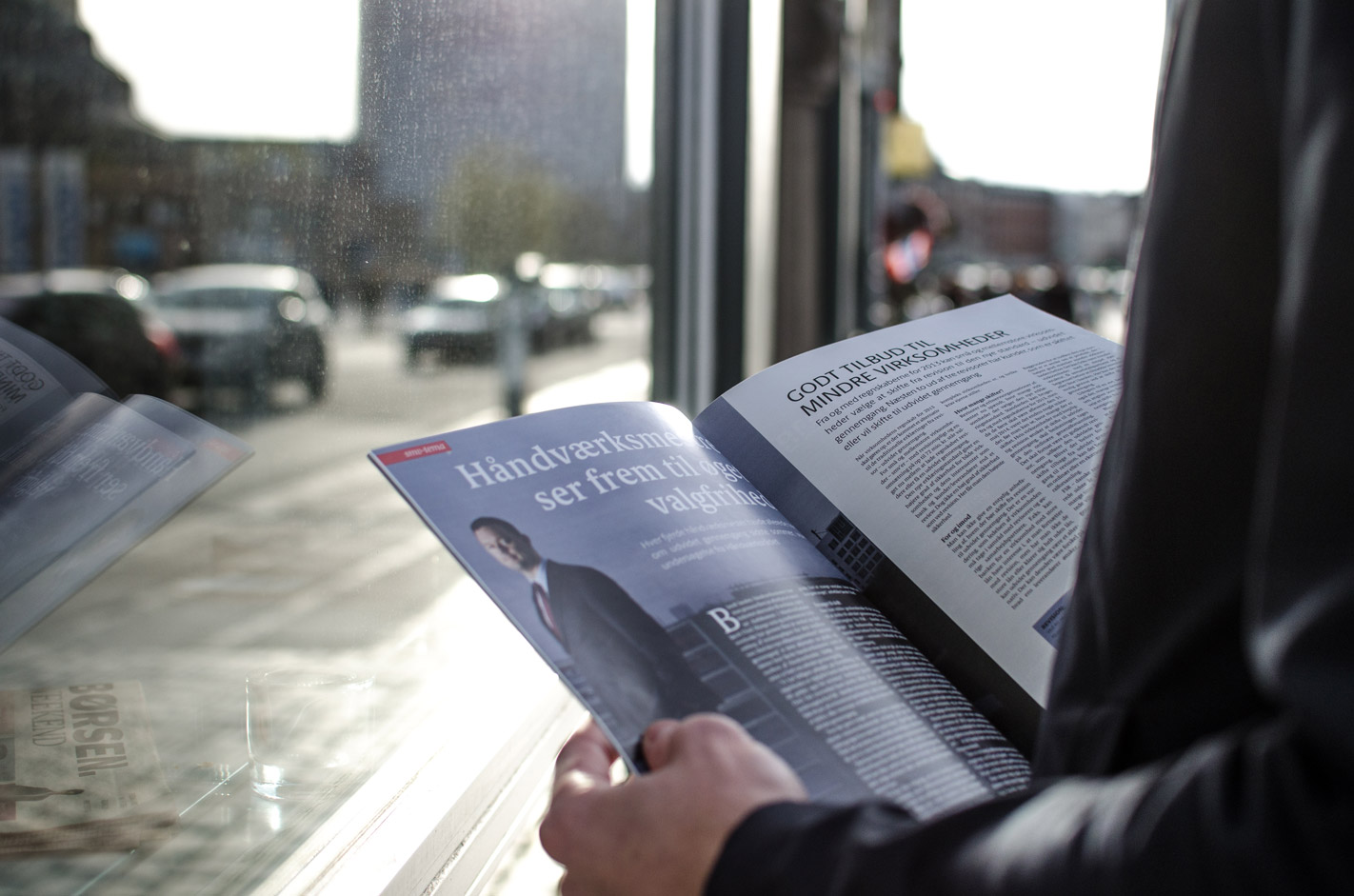 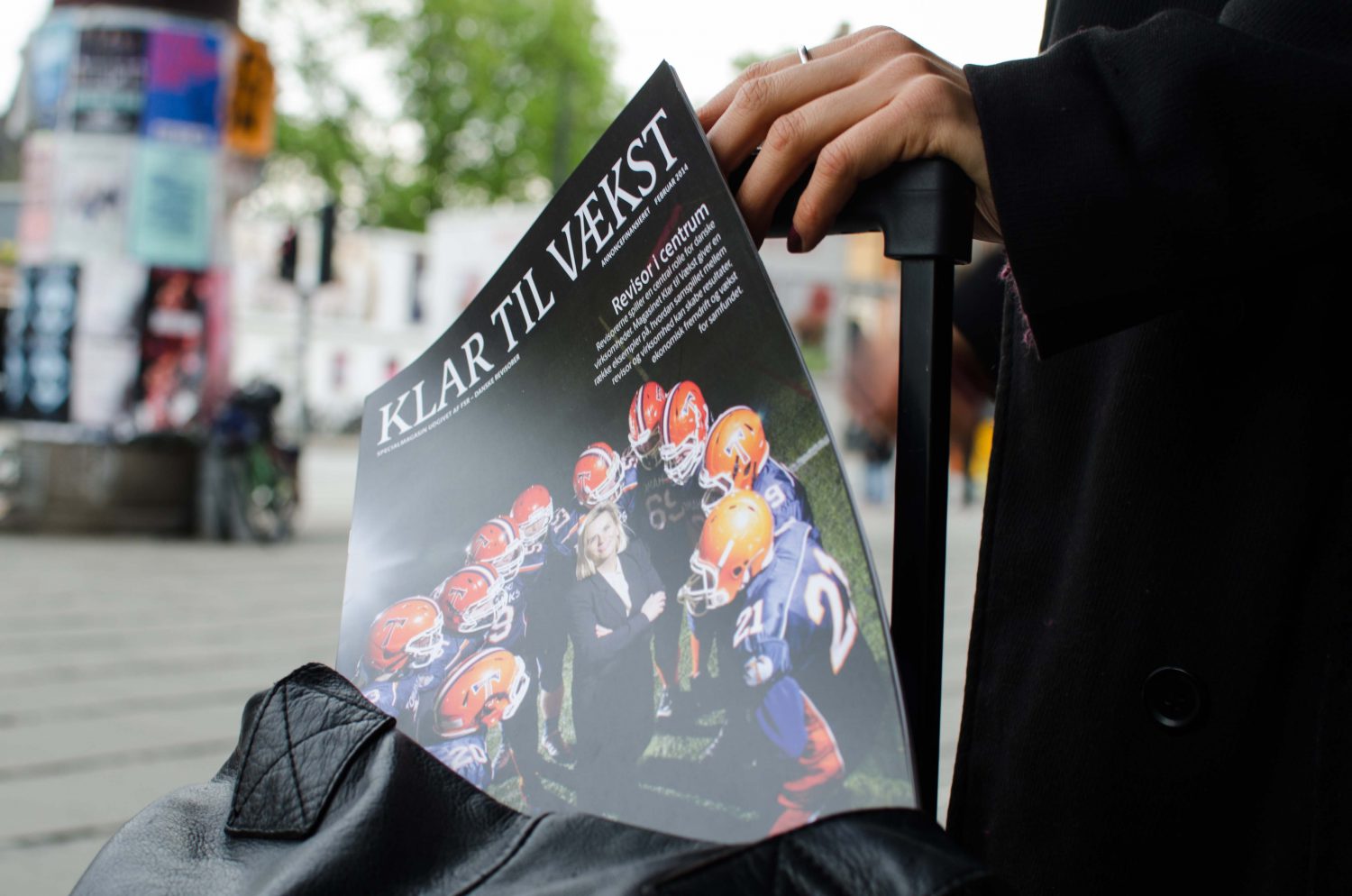 The special magazine from FSR – Danish auditors was the auditors’ starting pistol for 2014.

CSF – Danish auditors wanted to create a high-end magazine which could give a number of examples of how the interaction between auditor and business can deliver results, economic impetus and growth for society. The special magazine further showed that professionalism and quality are the highest priority in the Danish auditing industry.

The messages of the magazine were primarily aimed at auditors and auditors’ customers, that is to say, small, medium and large enterprises. The audience was additionally the financial sector, financial statement users, as well as politicians and public authorities.

The messages of the special magazine were communicated in a 40-page special magazine in high quality paper – both in content and in the thick magazine covers. The editorial and visual parameters were given priority and the magazine’s print run was 95,000 copies. A large part of the target group received the magazine ‘Ready for Growth – Auditor at the centre’ directly by post – including all the member companies of FSR – Danish auditors and the Danish Chamber of Commerce, as well as CFOs in the top 1000 Danish companies. The magazine was also distributed at Copenhagen Airport, at Folkemødet 2014 on Bornholm, and many other places.

”We wanted the magazine "The Way to Growth" to reach outto the many companies that use an auditor as a sparring partner. Here First Purple supplied effective distribution and a professional product of high and reliable quality. Exactly what businesses expect from an auditor. ”