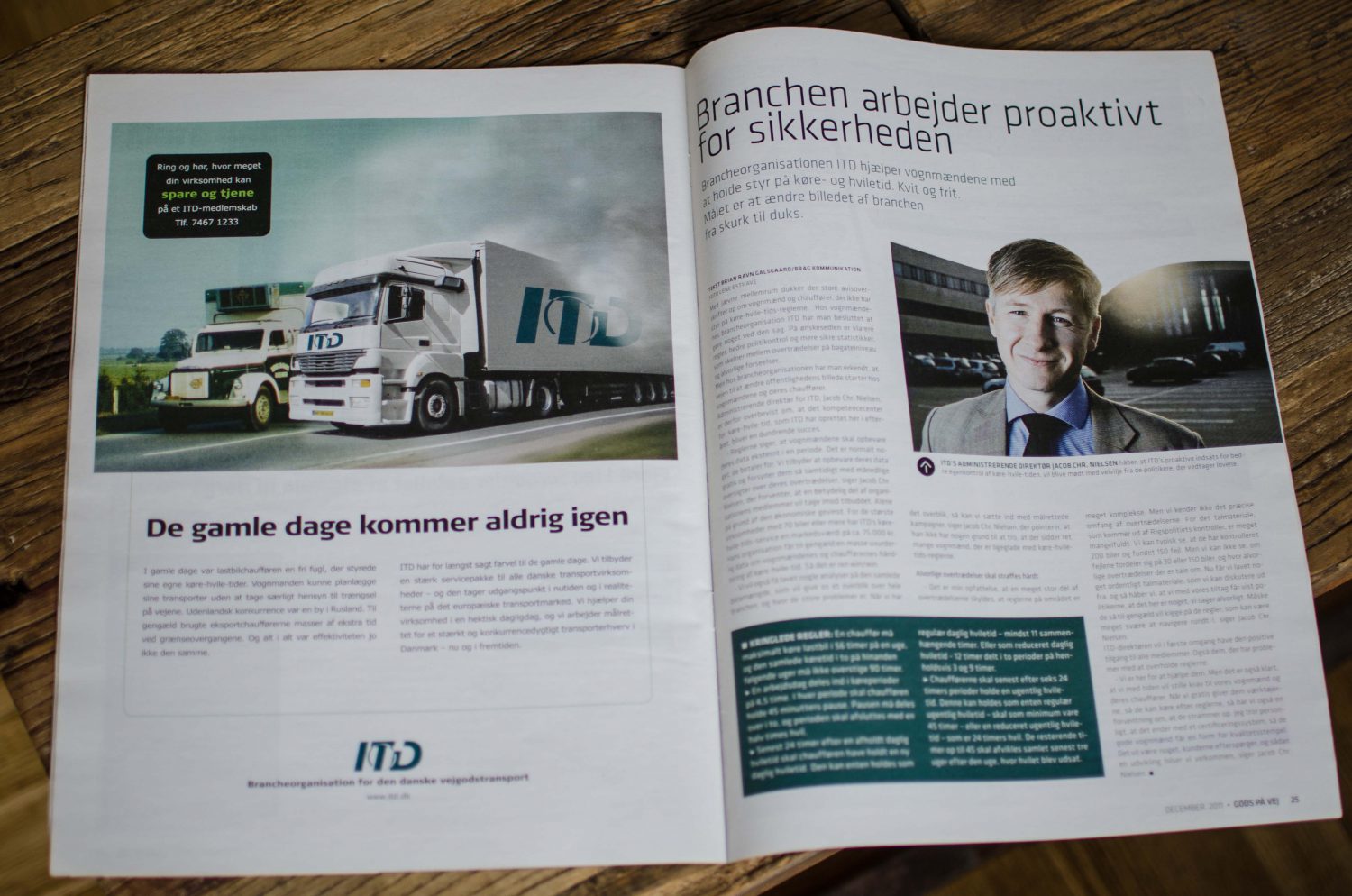 November 2011
This special magazine was published by the trade organization ITD in connection with a conference on the development of the transport industry.

The aim of the special magazine was to gain direct access to the Danish transport sector and all other interested parties. Not least, public policy makers in the regions, municipalities and central government, as well as universities and colleges, politicians and opinion makers.

These messages were communicated in a 32-page special magazine in high quality paper and a total circulation of 114,000 copies. The magazine was delivered to the target audience through a number of different channels, including direct mail and packaging delivery, at a conference on the development of the transport industry, at IKA’s annual conference, via a national newspaper and other means.