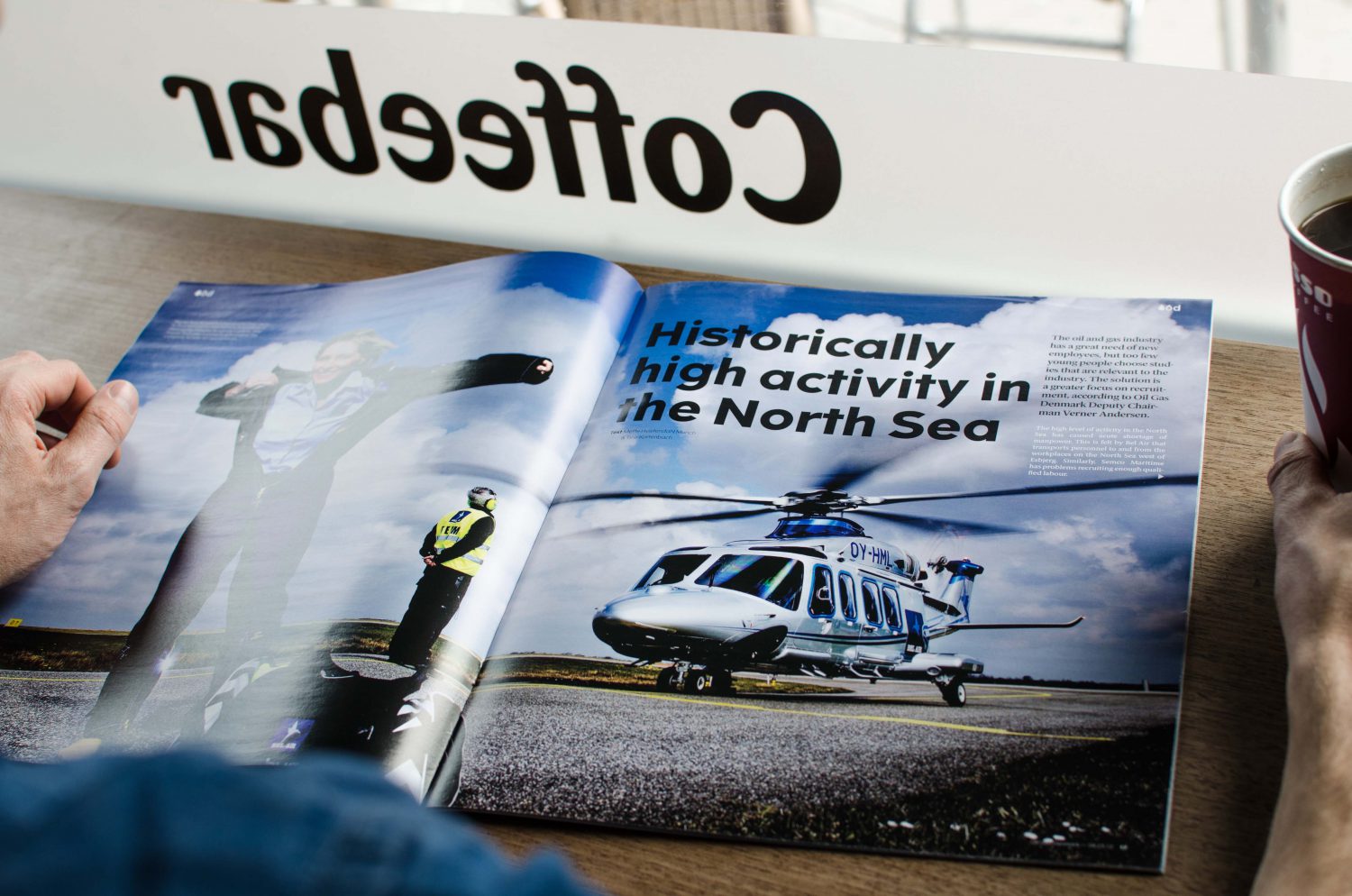 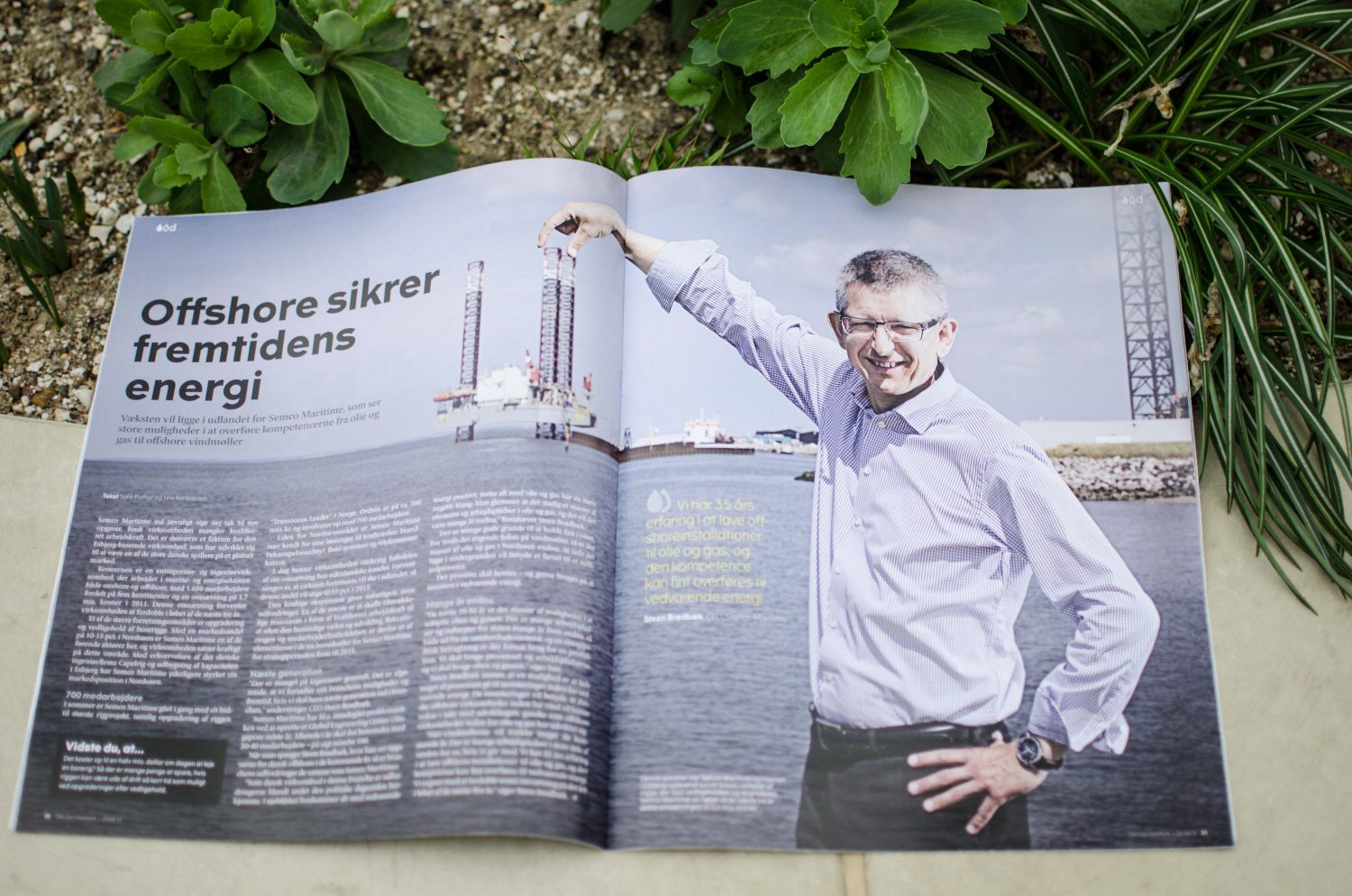 August 2012
The special magazine, which was produced in both a Danish and an English version, was produced to mark the merger of two major organizations, Danish Offshore Industry and Danish Operators, and the formation of Denmark’s joint trade body Oil Gas Denmark.

Oil Gas Denmark (OGD) wanted to point out the challenges, but at the same time the huge potential in the North Sea. OGD wanted to emphasize how, with a focused effort, Denmark could achieve billions in revenue and thousands of jobs.

The target audience of the magazine was twofold. National target audience: Everyone with an interest in the Danish oil and gas industry. Managers and decision makers in the private sector, public decision-makers in the regions, municipalities and central government, as well as universities and colleges, politicians and opinion-makers. International target audience: Companies, organizations and researchers with potential interest in the North Sea and the Danish oil and gas industry.

The messages were communicated in a 48-page special magazine which was printed in two versions, one Danish and one English. The paper quality was high considering the large circulation of 102,000 copies. The target groups were reached nationally via direct mail to the primary stakeholders, parcel and pallet delivery to companies, studios and events, as well as for ongoing supply by Oil Gas’s office over the course of the year. Internationally the magazine was distributed by mail to selected interested parties, as well as to two of the world’s largest oil and gas events.