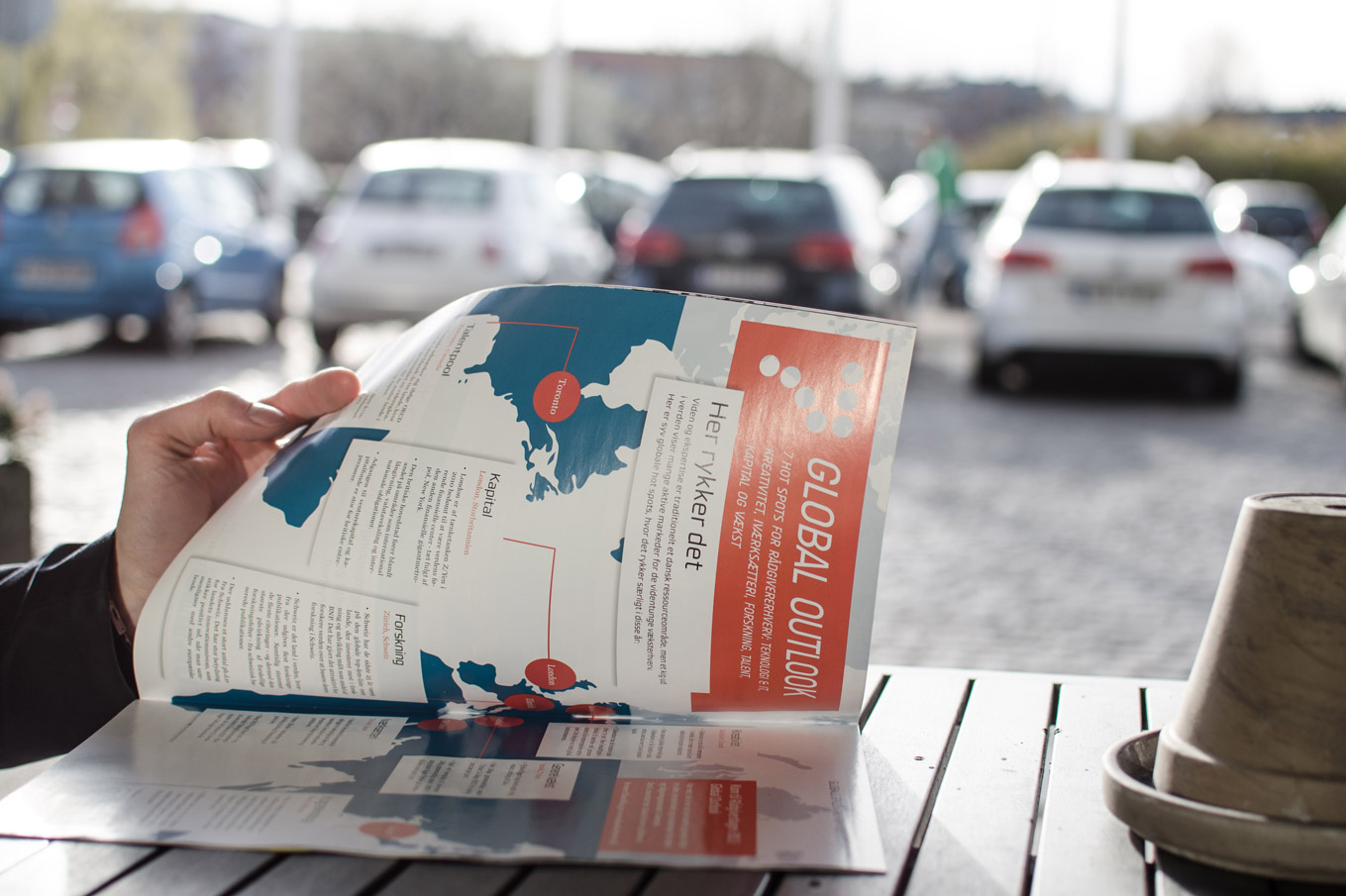 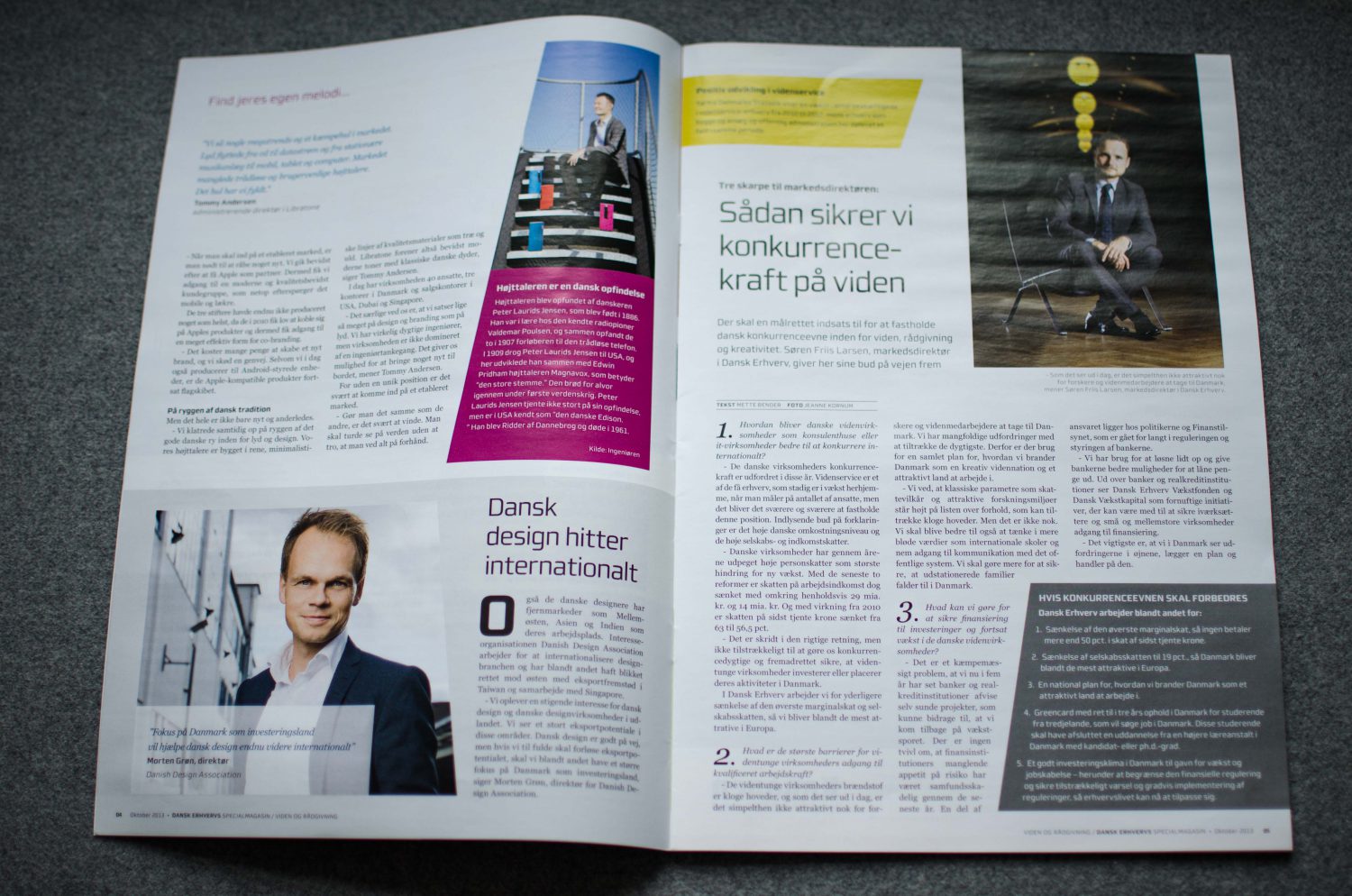 The Confederation of Danish Enterprise
Knowledge and Consultation 2013

The special magazine was produced in connection with the Confederation of Danish Enterprise Consultation Day 2013 at the Stock Exchange in Copenhagen.

The messages of the magazine were aimed at senior and middle managers, as well as specialists in consultation and knowledge service businesses, as well as the creative sectors. Further targets were managers in the private and public sectors as well as political decision-makers and opinion formers.

The messages of the special magazine were communicated in a 32-page special magazine in high quality paper. With a total print run of 92,000 magazines, the target audience were reached through direct mail and packaging delivery, at Copenhagen Airport, the Confederation of Danish Enterprise Consultation Day 2013, as a supplement to a national newspaper, as well as in reception areas at a range of companies.