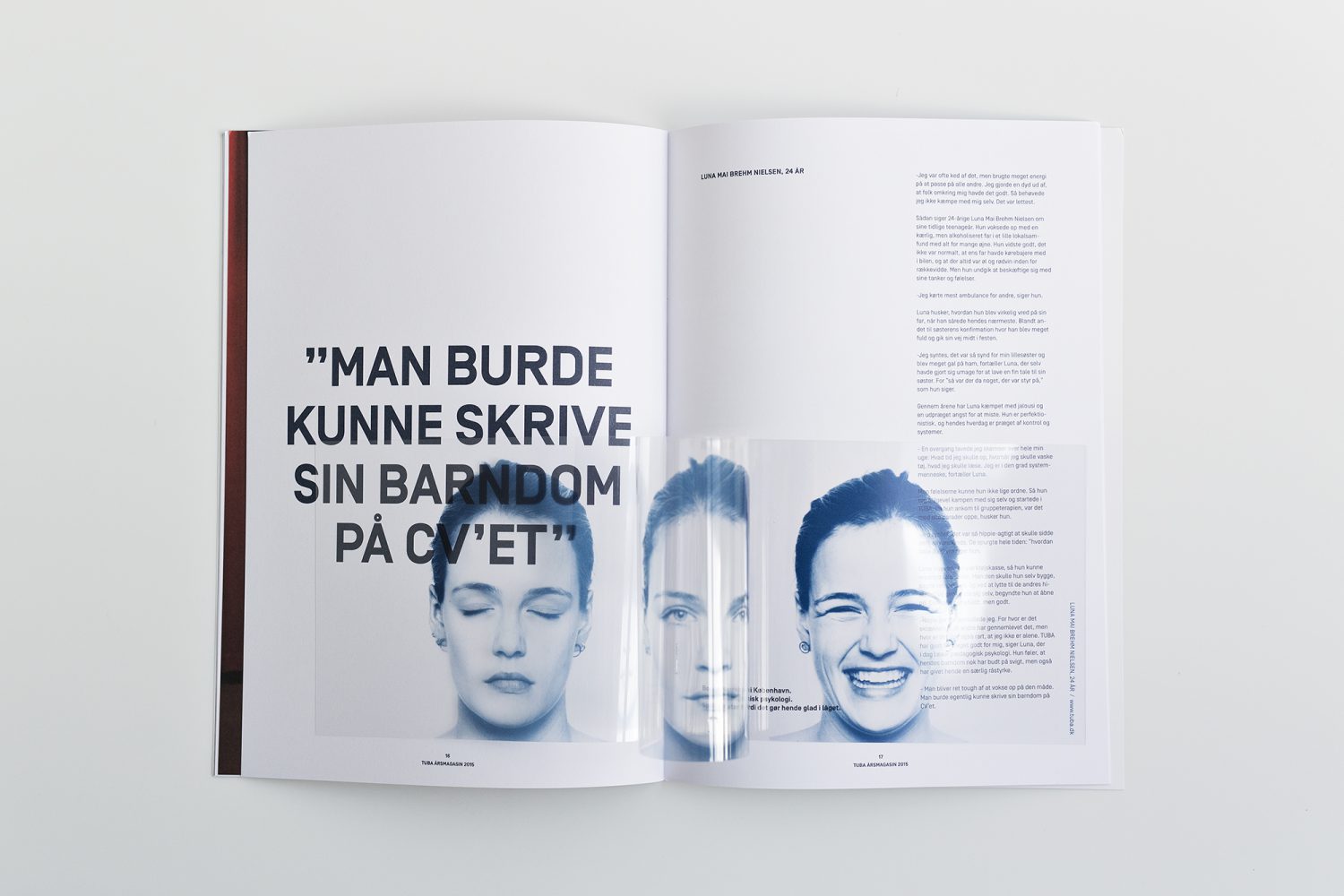 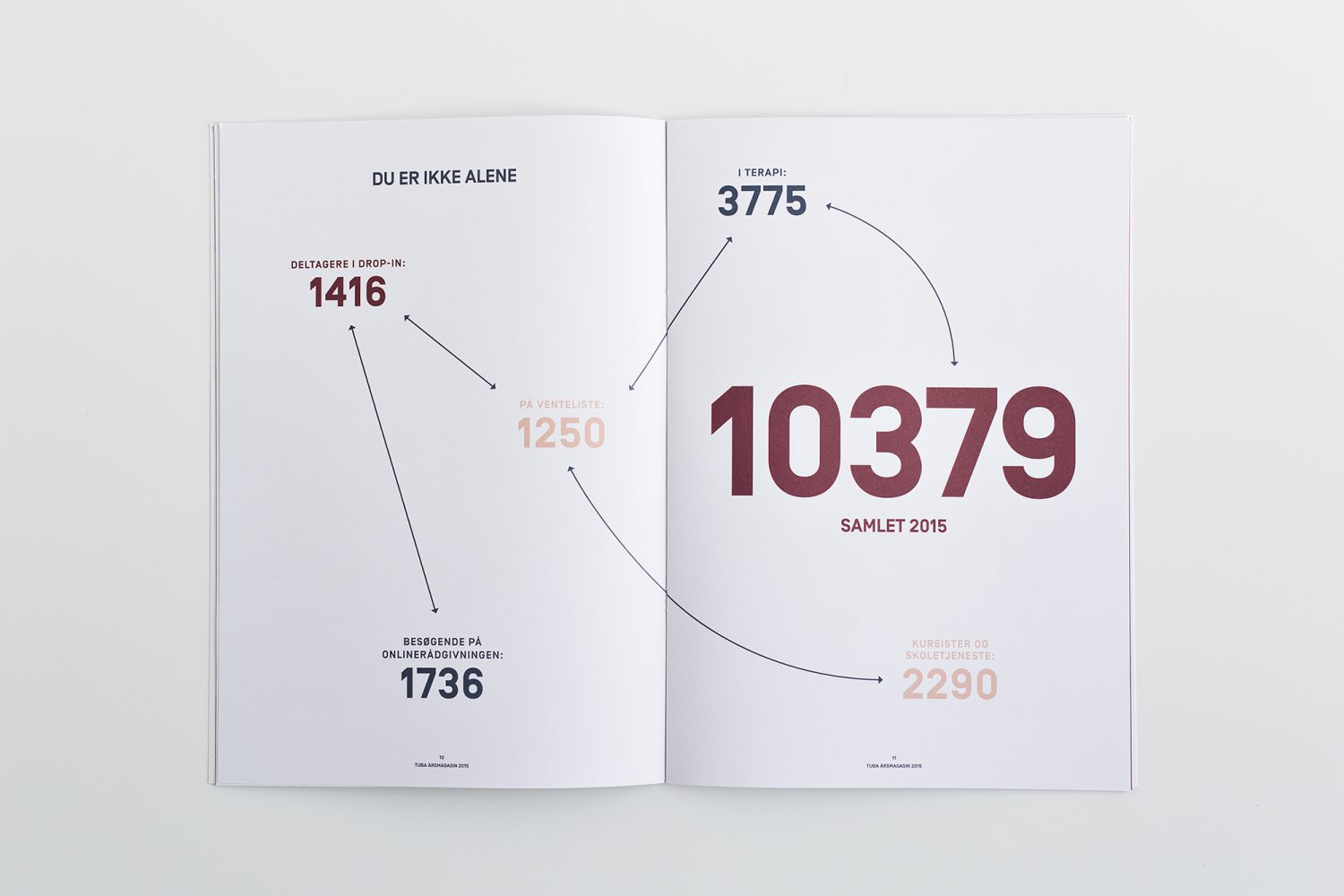 February 2016
TUBA wanted an annual magazine aimed at bringing the children of abusers on the agenda as a shared responsibility. The annual magazine presents two powerful stories from young people who were grown up by such parents – by using words and the innovative transparent paper. TUBA’s purpose with the annual magazine is to illustrate in a creative way how much will the interactions between municipalities and NGOs move up for the young people. This will be in the benefit of thousands of young and will help to repair the harm suffered by those kids through childhood, where nobody saw them.

TUBA annual magazine was released in February 2016. The magazine’s message is primarily aimed at politicians and decision makers in the social field.

The magazine’s message was communicated in a 24-page magazine with high quality paper. With a print run of 1.0000 copies, the magazine reached the target audience through direct mail distribution among directors, cooperation municipalities, NGO partnerships, etc.

”With this magazine, I think we have taken a great step forward. In the collaboration with First Purple, we met an insistence that quality and message must be consistent and it had been incredibly comfortable to be in the hands of professional people who are constantly trying to to explore how paper can express our dreams ”