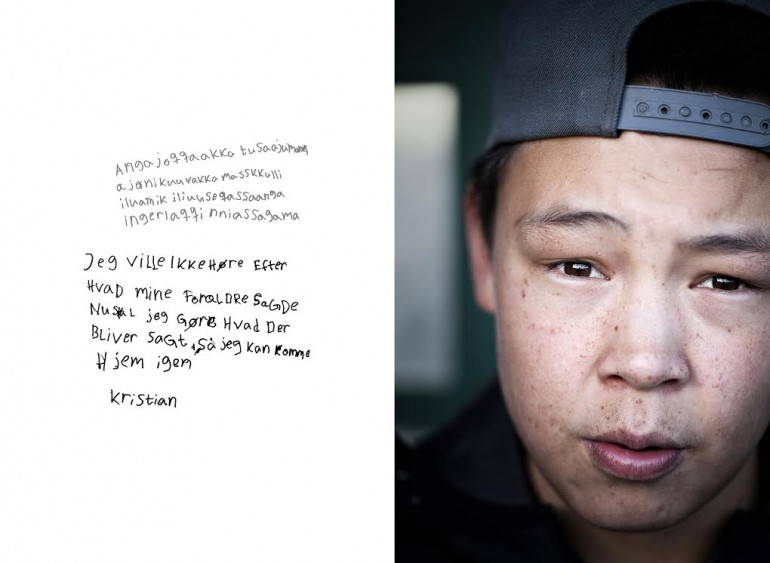 Together with the photojournalist Lars Just, First Purple created the photo series Voices from the Cold on some of society’s most affected young people from the day centre Oripaq in Greenland. The lives of those young people were affected by violence, abuse, drugs and significant neglect. The photo series was recently voted as one of the winners in the category Photojournalism/Documentary at the prestigious PDN Photo Annual 2016.

PDN Photo Annual is one of the greatest photo awards in the USA, and managers from TIME, National Geographic, WIRED, Christie’s, VOGUE, Aperture, Getty Images and The New York Times have been in the jury.

The prize was awarded to Lars Just and other winners at an exclusive party in New York in June 2016.

You can experience Voices from The Cold at Copenhagen Photo Festival during the period 2nd – 12th of June. The exhibition opening will take place on the 2nd of June between 19.00 and 22.00 in KW3, Krausesvej 3, Copenhagen.

The photo series is published in a photo book entitled Jeg tænker på solen produced by First Purple in 2015.