FORESIGHT Autumn/Winter 2019. Why cities hold the key to a succesful energy transition 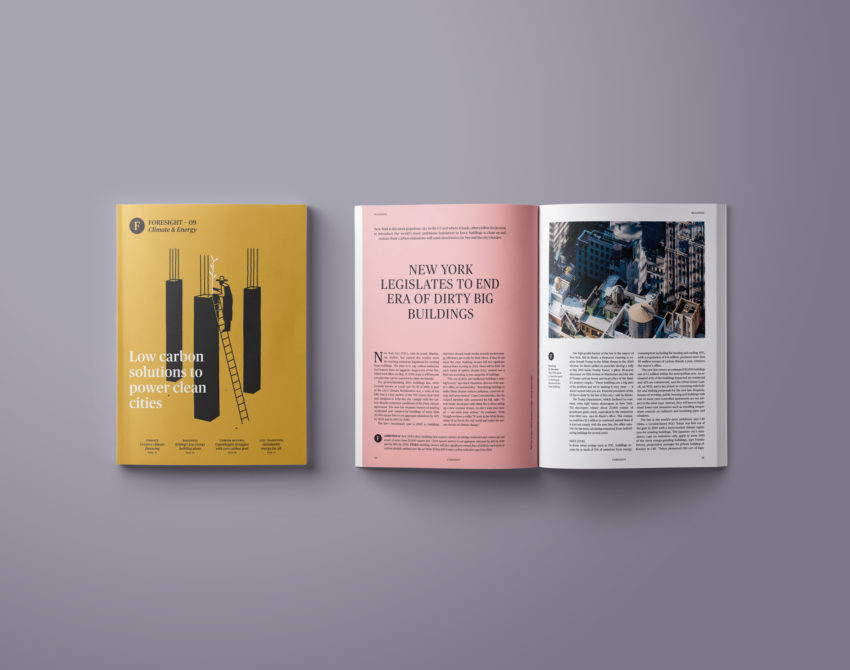 The ninth issue of FORESIGHT Climate & Energy is now available!

UTOPIAN THINKING IN AN AGE OF DYSTOPIAN HEADLINES

Since Metropolis, Fritz Lang’s 1927 tour de force, cities of the future depicted by the film industry tend to be places few of us would choose to live. Onscreen dystopian visions may seem not too far away as cities use growing amounts of energy, pump out copious amounts of pollution and leave residents little choice but to breathe dangerously poor air.

But there is an alternative, more utopian scenario that seems increasingly possible as cities the world over position themselves as energy transition leaders.
We examine leading initiatives in FORESIGHT 09

Highlights include:
– BUILDINGS: Beijing, China’s capital, and New York, US are leading efforts to reduce energy leaks and pollution from buildings
– CARBON NEUTRAL: Interview with Frank Jensen, mayor of Copenhagen, on why mayors have a duty to respond to climate change
– FINANCE: How cities are getting creative on climate financing to fund their clean energy transition needs
– JUST TRANSITION: Taking an inclusive approach to the urban switch to renewables
– TRANSPORT: Why upfront costs and concerns about technology are slowing the switch from diesel to electric buses

Read more about the magazine here or visit FORESIGHT’s website.