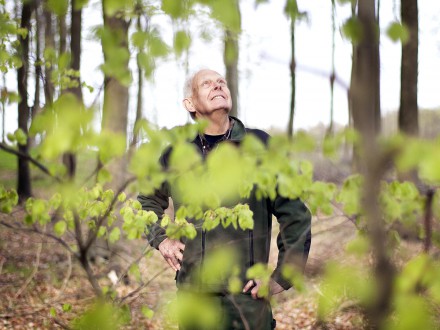 You know what it’s like when somebody tells you a boring story. In a flat tone of voice and the same perspective, without colour and contrast, where you quickly drift away mentally and think about what you are going to do at work tomorrow. It is an art to tell a good story that captures listeners in the same way as it is an art to write a good adventure.

This is also the case with photography.

By photojournalist Lars Just, photographer at the annual magazine 2015 from FSR – Danish Auditors

Photography becomes boring if all the photos are taken from the same distance and perspective. If, as the photographer, you just stand, without kneeling down, and zoom in, instead of moving in closer. Photography communicates more than you understand, and it is important not to underestimate the reader’s visual level of abstraction, and talk down to them in order to emphasise a message. There are lines in a face and nuances in the iris. And if you just set out to explore a portrait, there is more between the lines than in an entire novel.

In the annual magazine, “Virksomheder viser Vejen til Vækst” (Companies show the Road to Growth) from FSR – Danish Auditors managed to create a wide variation through the magazine’s five articles. The imagery was nuanced from studio photography to portrait and reporting, and the readers were not just faced with a series of portraits of static, smiling directors.

Instead, they were invited on a visual journey of discovery from the Danish woodlands at Præstø to the unbroken horizon of the North Sea. They saw the light shining down on Smartpage Director, Anders Ebdrup and came up close to Business and Growth Minister, Troels Lund Poulsen. From spring green, to sand coloured and black/white, readers were greeted with colourful and varied imagery through all five magazine articles. That’s how you tell a good story in pictures.