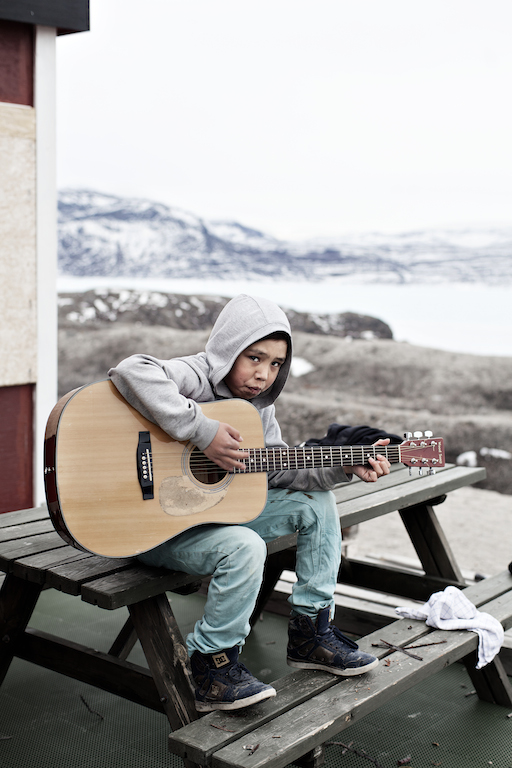 By Photojournalist Lars Just, photographer for the Kanonen Fund – I think about the sun

You do not usually think about it, but photography is by definition full of negative words. Words that indicate that as a photographer I take from other people, without giving anything back. I shoot an picture and capture a moment. It is the exception that proves the rule, but on rare occasions something happens that turns this upside down.

In May we went with First Purple to Greenland to photograph vulnerable young people the children’s home Orpigaq, in cooperation with the Kanonen Fund. After we photographed a portrait of each of them, we put them in front of the young people and asked them to say what they saw. Words and sensations flowed slowly together and became sentences which they eventually wrote by hand under each photograph.

When the portrait series was published, we encouraged people to send the young people a greeting. There were over a hundred e-mails. People wrote how they had experienced failure, but had moved on. Business people offered fishing rods, companies offered money and the young people from the orphanage were invited to Odense, Aarhus and Copenhagen.

It was a very touching and moving experience, and one of those times where photography came to life. But it was also one of the few times as a photographer where we were able to give something back.

And not only take from other people.

You can see the portrait series at Information’s photoblog or the Photo Book produced by First Purple.