Three clear conditions that must be met to create effective communication 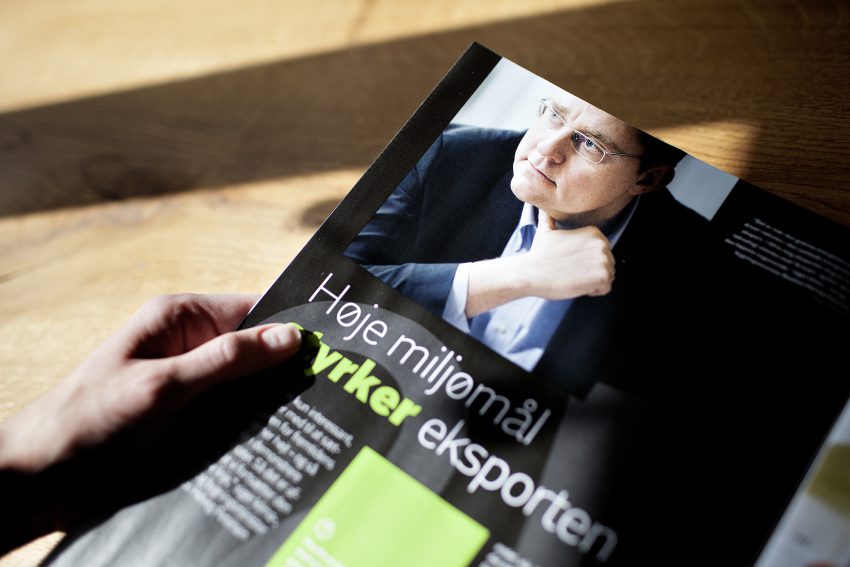 By Bent Sorensen, editor of the DI Energy annual magazine 2015

News value, credibility and new knowledge for the reader. These are the three clear conditions that must be met to create effective communication.

The magazines that First Purple Publishing produces have an extra challenge as they are so-called “push media”, where the recipients of the magazines have neither asked for the magazines or paid for them. It just drops through their letterbox – either as a in package in itself or together with a newspaper or a different magazine.

This creates increased requirements for meeting the above three conditions. Everything else being equal, readers will be more likely to read a magazine – or a newspaper for that matter – if they have themselves ordered and paid for it.

The magazine “New Reality – New Energy”, produced for DI Energy, was clearly focused on the need to meet the criteria for a magazine that was not only widely distributed but was also actually read by the recipients. The magazine was to be published for DI Energy’s Annual Day.

Let us look at news value first. Right from when the magazine was planned, the goal was that we should have a solo news item with the latest 2014 figures for exports of energy technology. The news should have a prominent place on the front cover of the magazine and would be announced the same day as the magazine was published. They worked on the numbers right up until the print start and the news value of the export figures did not disappoint. 2014 was a good year for exporters of energy technology, as the total foreign sales reached nearly DKK 75 billion with a rise of over 10% in 2013.

Then there is credibility. Recipients of communication are very quick to spot if the content is too one-sided or too much like advertising. The first step is to ensure a clear distinction between editorial content and ads. Advertisers cannot influence the content of the magazines and ads must not be confused in form and content with editorial content. Next, it is important to ensure that the contents of the articles represent different points of view. With DI Energy this was achieved both with an interview with the then Minister for Climate, Energy and Building Rasmus Helveg Petersen, and the environmental economics adviser Eirik S. Amundsen. Two sources who in their own ways both question the prevailing attitudes in the industry.

Finally, there is new knowledge, which helps readers increase their understanding of the subject of the magazine. Here it is important that the journalists who work on the magazine have a good knowledge of the area. In the magazine for DI Energy, the main writer was climate and energy journalist Jesper With, who has many years of experience in the field and a large network of sources. Alone and in collaboration with DI Energy, he dug up stories that presented both new and surprising knowledge of the energy sector. For example, an article on biofuels reveals that in Denmark we get more than twice as much energy from biofuels as from wind energy. Another article with the American technology expert Ramaz Naam revealed that the price of solar power will shortly come down so far that it will be able to compete on an equal footing with fossil fuels.

Through conscious work with news value, credibility and new knowledge, the readers of the magazine from DI Energy were thus better equipped to understand the Danish energy sector. And then you have achieved the goal of the communication.

Follow this link for reading the DI Energy annual magazine 2015